The Danger of Hiding how Things Work

How people have lost interest in the cars they drive, the computers they use, and even the food they eat

I found myself reading this article by Eric Peters about how black plastic engine covers are ruining cars. He took a bit of a different approach to that topic than I would have if I were to have written an article on the same topic. Eric's approach showed his experience with what he was talking about (as well as his age) and the general point he made applies to more than just cars.

In his article Eric talks about how back in the day car manufacturers purposely made many of their engines interesting to look at, when they produced a car they showed off the engine as much as they did the car engines would have decals on them and be painted defining colors. Car manufacturers would pay special attention to making the engines of performance cars look even more interesting by making things chrome when possible. Contrast this with this meme I found today: 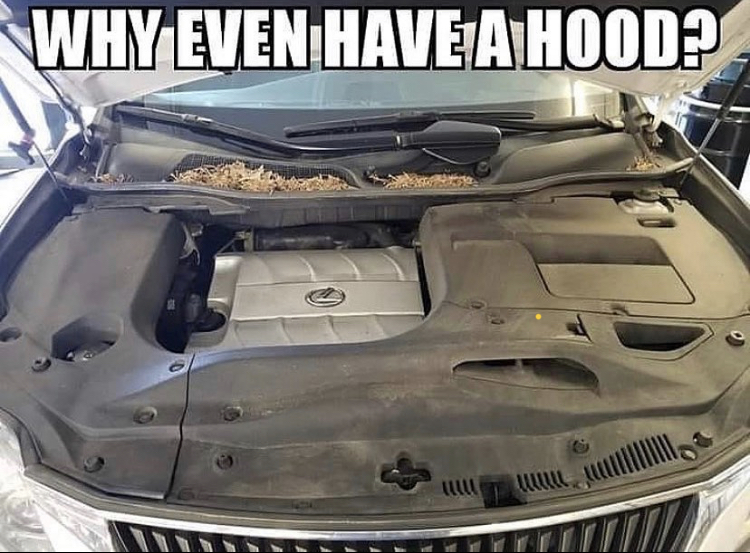 There is absolutely nothing interesting under that hood and I agree that that hood serves absolutely no purpose with everything covered like that. And it is completely uninteresting, and this trend is present in performance cars today as well. A few months ago I went to a car show with my grandpa, he had a car he wanted in the show so I helped him get it there. The majority of the cars there were classic American cars, many of them in perfect condition (cosmetically at least) and many of them were displayed with their hood up showing off the interesting engines underneath. Sadly this picture of a boat with a massive engine on it is the only picture of an engine I have from that event, but this engine is engine is of course fun to look at as well since you see more of it (it just lacks the polish of the other engines on show there).

But the car next to us was one of the other odd things out in that show, it was a fairly new (2017 at the oldest) convertible Corvette that was a special edition or something. For some reason the owner chose to have the hood up on it for a period of time and under the hood all that could be seen was a plastic box. Granted the plastic box was prettier than the plastic box in the meme above, but it was still just a plastic box. In fact the underside of the hood was more interesting than what could be seen under the hood since it had a big shiny Corvette logo on it. I don't understand what was going through the head of the guy working for Chevy who decided to hide the most powerful engine they make inside a plastic box.

But of course Eric Peters' point when talking about this went further than simply hiding something interesting, he talked about the effect that growing up around interesting looking engines had on him, and it is an opportunity for us to see what happens in our heads when we see something interesting. When people see an interesting building, they become curious to what goes on inside. When people see a picture of a beautiful landscape, they imagine themselves there. When I see a painting of the sermon on the mount, I wonder what it would have been like to be at the Savior's feet and hear the words from His mouth. And when people see an interesting piece of machinery, like a well presented engine, they start trying to figure out how it might work. That is how Eric Peters says he found his interest in cars, through seeing interesting engines and learning how each part worked which led to him having a career centered around cars and engines. His life would be different today if he had grown up during a time where engines are hidden from people like they are now. 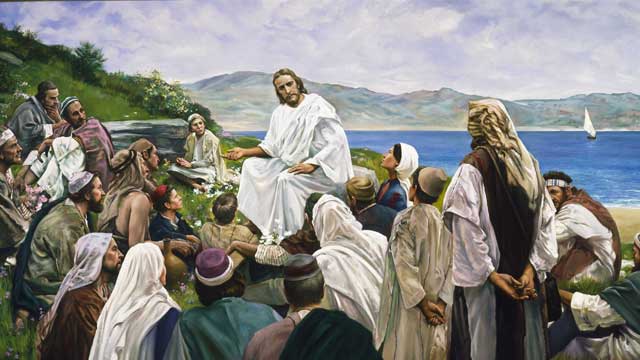 It is dangerous to hide how things work from people, especially when things go wrong. Last month I found myself on the side of the highway rescuing my sister whose car had broke down. Her car isn't new at all being only a few years younger than she is, but I still found myself having to remove three layers of plastic covers to realize that there was a hole in the radiator, had the engine been open she might have been able to spot that herself.

And, as I implied earlier, knowing how things work and what parts go into those things is important for more than just cars. Compare a typical laptop from today to a typical laptop from ten years ago. My main computer is a Thinkpad T420 which was designed and sold back in 2011 and all around it you can see places to get inside. The hard drive and one of the RAM slots are both only a screw away, the CD drive is easily removable (one of these days I need to get rid of that), the battery is mounted on the outside so it is easy to take off when servicing the hardware, and you can tell that even the keyboard is designed to be taken out if necessary. Old Thinkpads are welcoming to anyone who wants or needs to have a look inside. Contrast this with the Razer Blade laptop that I own, it is a featureless black slab which hides its internals with screws that the average person doesn't own the right tool for that are set in flush with the uninteresting bottom of the device. Sadly I've been needing to get inside that computer to fix an issue for over a year now but it is so unwelcoming that I've been afraid to dive inside, despite the fact that I've opened up several other computers without having any problems. At least it wasn't a Microsoft product, they've made laptops with no way in.

While it is less important for people to know the intricacies of how each part on a computer works than it is for parts on a car it is still important for people to know how to access parts on their computer that can be replaced, or even just the things that could get knocked out of place, and of course the things that need cleaned on occasion. But now we live in a world where computer manufacturers make products that are not designed to have parts replaced, upgraded, repaired or even cleaned. These manufacturers are ripping us off more often than they are giving us a good deal, and because the internals of computers have become so hidden and locked away people aren't realizing the extent to which they are being ripped off.

But probably the most important thing where we've lost interest in the details of is in our diets, especially here in America the world's fattest country. And people are generally aware that the stuff they are eating is bad but until they take the time to actually learn how bad the stuff they eat is they can ignore it. Take soda as one example, caffeinated soda in particular, several months ago I learned the true impact of its three main ingredients and ever since then I haven't been able to look at soda the same, and I try to give people the red pill on soda whenever I can. I wrote about it back then but I might as well repeat that the three main ingredients are salt which makes us thirsty, caffeine which is addictive but also makes us have to pee, and high-fructose corn syrup which makes it all taste good but also slowly kills us (or some alternative artificial sweetener which probably kills us faster). If everyone were to understand that soda is a poison that has been chemically designed for us to become addicted to and drink in large quantities soda companies would loose a lot of business and the world would be a better place for it. (Interestingly these companies seem to have realized that such an event is inevitable so they've begun looking into drugs that they could push on people that would supposedly act as an antidote to their poison rather than making something that isn't poison, but that's another story)

But of course soda is just one problem, do we really understand the dangers of things like vegetable oil, soy, lectins, fructose, and all sorts of other dangerous things in modern food? We should know what is in the food that we buy before we buy even buy it so that we can know whether it is worth buying. We should know what kind of oil the restaurants we go to use to cook with (although they shouldn't be using oil at all) so that we know how dangerous their food is. We should also know what nutrients our bodies actually need and where those nutrients come from. Veganism has become the popular politically correct diet and yet it not at all healthy, as many vegans are ignorant of where nutrients come from and they are even ignorant of where the food they actually do eat comes from.

But of course even if you aren't a vegan and are properly educated on at least what general types of foods you can expect to get good and bad things from, when was the last time you stood in a grocery store looking over the ingredients of a food item you were looking to buy? You've probably never done this because everything at the grocery store is competing for your attention (unlike what's under the hood of a modern car), this distracts you from where you should be putting your attention: the small print ingredients list that is legally required to be on every piece of packaged food you buy. Ingredients lists are boring, oreos with glitter in them are interesting. Nutritional facts tables are boring, cereal with rainbow marshmallows is interesting. Being healthy is boring, eating whatever you want is interesting.

What I think to be the biggest missed opportunity with the stupid pandemic we all went through was the health community's failure to encourage people to get healthy and their complete lack of effort to teach people how to do it during their time in the spotlight. Instead they focused on convincing everyone to lock themselves in their home and to hide their faces everywhere they went, which may have fulfilled their original goal of slowing the spread of one sickness, but it accelerated the spread of others like anxiety and depression. Getting healthy on the other hand combats against all sicknesses now that things have calmed down that is what the "health" community should be encouraging people to do, but instead they fearmonger and point fingers. But of course most people don't want to be healthy anyways. But I'm getting off topic again.

There are many things that have been made boring and inaccessible in our world today. We should not be afraid to open up the boxes under our cars' hoods, nor to open up the computers we rely on, and we definitely shouldn't be uninterested in maintaining a healthy lifestyle like so many companies seem to want us to be. I encourage you to look for other things in the world that have been made boring, especially those things that once weren't, because there is no good reason that when you open the hood of a car that you should be greeted by black plastic instead of a beautifully crafted machine. What is being hidden from us?