Going vegan is a great way to live a short, unhealthy, and unhappy life

I wasn't anticipating writing this, but after reading this article, looking deeper into that topic and later writing about why we should question science I feel that I can't not write this. The saying "he who pays the piper picks the tune" definately applies to the realm of nutritional science these days, I'd like to help you avoid being led astray with all the other rats.

I've written before about the nerotransmitter serotonin and how it is the chemical responsible for making us feel truly happy. Serotonin is made out of cholesterol. Without enough cholesterol your body cannot make serotonin, and without serotonin you can't feel truly happy. You can still feel pleasure through dopamine but that pleasure is not joy and that pleasure is not long lasting or sustainable because of the way that dopamine damages our nervous system.

Cholesterol is also the main ingredient in the important sex hormones testosterone and estrogen, so without enough cholesterol your body won't be able to produce enough of these either. Deficiencies in these hormones will cause serious health problems such as infertility. You need an appropriate amount of the right sex hormones to be mentally and physically healthy. Without enough cholesterol you will have a much harder time getting this.

Actually most hormones are based in cholesterol, this is why animal milk is such a great thing for children to be drinking, milk is not only a good source of calcium but it is rich with cholesterol as well, this cholesterol is utilized by a child's body to produce the growth hormones they need to properly grow.

Cholesterol is present and used in every cell in the human body, our brains are mostly made out of cholesterol, scar tissue is mostly cholesterol, diseases like heart disease are fought with cholesterol, it is important stuff and that is why our livers will naturally produce cholesterol, but because cholesterol is something we can eat we should eat it in order to give our liver rest. To do this we need to eat meat and animal fats as these are the only foods that contain cholesterol. Unfortunately there has been a push to lower our cholesterol intake within the last 100 years, this push was motivated by a flawed understanding of cholesterol and funded by the sugar and vegetable oil companies who wanted us to buy their products. Even today we see advertisements for dangerous cholesterol lowering drugs as we are still tricked into believing that cholesterol is bad. And now of course going vegan is what is now being pushed on us to "improve our health but a vegan diet, of course being void of any animal products, contains no cholesterol, because of this alone it is nearly impossible to be healthy on a vegan diet.

As sv3rige constantly points out, plants lack over 15 micro-nutrients that are all necessary for the proper function of our brains an bodies. We cold spend all day talking about each of these nutrients but we don't have that much time, but you can look into it more here. I'd like to spotlight just one here.

Have you ever looked on the back of a bottle of multivitamins and looked at the nutritional information box to see what exactly is in them? Chances are if you have that you will have probably seen that vitamin B-12 is one that sticks out since it is usually the one with the highest percent-daily-value (the multivitamins I take have over 2000% of the vitamin B-12 they say we need). Well why so much? 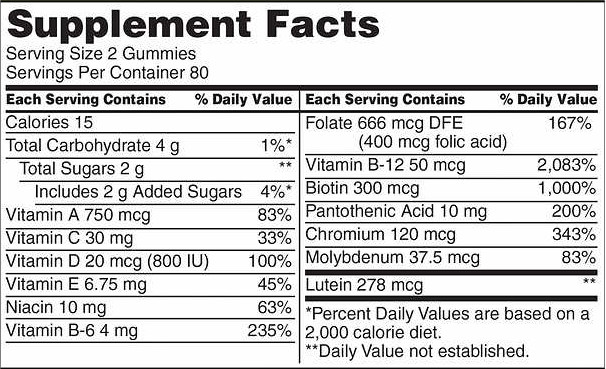 Vitamin B-12 is needed for the body to properly synthesize thing like DNA, RNA, red blood cells, and myelin (the stuff insulating our nerve cells and brain) [1], so in other words, it is impossible for our body to function properly without vitamin B-12. Vitamin B-12 deficiency is a cause for serious mental health problems like depression, psychosis, memory loss, mania, and behavioral/personality changes. You cannot have good mental health without vitamin B-12. This, coupled with the fact that it is estimated that over 80% of adults are vitamin B-12 deficient is why your multivitamin has so much of it.

Now, I've already stated that vitamin B-12 is not found in plants, it is only naturally found in meat. When a vegan inevitably goes to a doctor for help with their mental health issues an honest doctor would send the vegan to the nearest steakhouse, but because it is politically incorrect to tell a vegan the truth there is no such thing as an honest doctor, so whether he knows it or not the doctor will fulfill his duty as a pied piper and prescribe the vegan a vitamin B-12 supplement.

Does this work? Of course not. Our bodies are not made to digest vitamins when the come in the form of some lab-made powder like they do in multivitamins and supplements. Are you really naive enough to think that you can get 83% of the vitamin A you need, along with all your Vitamin D, three times your required amount of chromium, ten times the biotin you need, and 2083% of all the vitamin B-12 you need all from eating two little gummies? Your body can't digest all of that stuff easily outside its natural form, you'd be lucky if your body absorbed even a twentieth of that stuff. Multivitamins just give you expensive pee and targeted supplements aren't all that much better. Many vegans and doctors of vegans will eventually see that normal supplements don't work as desired and when a vegan starts to suffer even worse from vitamin deficiencies they will start having to inject the vitamins right into the bloodstream.

Vash is the main character of the anime Trigun, despite being the world's most skilled and feared gunslinger Vash is motivated by his desire for nobody to get killed, he goes out of his way not to kill the countless people trying to kill him. One important scene came from Vash's childhood where he found a butterfly caught in a spider's web. Vash watched in horror as the spider approached the butterfly until he cried out when his brother, Knives, killed the spider. Knives was confused, he said that he thought Vash wanted to see the butterfly live, that is why he killed the spider, but Vash wanted them both to live. This of course would be a paradox, the spider can't continue to live without eating the butterfly, and the butterfly can't live without the spider, which was about to eat it, being killed. Humans who don't want animals to be killed face the same paradox.

The biggest joke of veganism is that a vegan diet is our "natural diet." If we evolved from some form of ape how is it that we are supposed to believe that something like rice is a part of our natural diet? In order for us to be able to eat rice it must first be picked off of the grass that it is the seed for, then it has to be let out to dry for several days, then once it is finally completely dry the shells have to be broken off and sifted out, then you finally have the dried out grain that we buy at the supermarket, but even then it still needs to be boiled before being eaten. The process of evolution happens as animals adapt to do things that follow the path of least resistance to accomplish their goals. You can't possibly believe that this is the path of least resistance for a primitive human as opposed to simply hunting small game. (Don't even get me started on the process of growing and baking bread, nothing short of divine intervention could have taught a primitive human how to do that)

Then there are things like kale and broccoli which aren't even found in nature, they were all engineered into existence from some other plant. Then there's the whole fiber issue, plants are made out of fiber and the human body cannot digest fiber, this is why vegans get digestive issues. It is also why vegans are deficient in protein and other nutrients that they say they get from plants. Sure things like beans have a bunch of protein in them but all of that protein is trapped within the fiber, so while vegans may swallow a bunch of protein, they are not able to digest it, along with most of the other nutrients in the stuff they eat. Meat is the easiest food for humans to digest and it is the most reliable source of anything our body needs.

Now it is important to note that many vegans will say that they feel a lot better during the first month of eating vegan. In most cases they probably do because in the process of going vegan they will often cut out most sources of high-fructose corn syrup and processed foods. I've also mostly cut these foods out of my everyday diet and I can testify that when I do cave and eat something filled with high-fructose corn syrup I feel terrible and wish I hadn't. Anyone will feel much better when they cut this junk out of their diet, but when cutting it out is done in conjunction with cutting out animal products that feeling won't last very long as symptoms of malnutrition will soon arrive.

Remember that he who pays the piper picks the tune. Dietary supplement manufacturers are among the largest funders of dietary science. These companies only want us to buy their products, and the best way for that to happen is if we become entirely dependent on them, and the easiest way for that to happen is if we all become vegan. Going vegan is a great way to live a short, unhealthy, and unhappy life. Vegans are not healthy do not become one. Honestly if I were forced to choose between an incredibly unhealthy and crippling smoking addiction and going vegan, I'd pick the cigarettes (of course this sort of thing would never happen, I'll never smoke, I like being able to use my lungs). Eat meat and live.