How to Brainwash People into Thinking Old Information is New Information

The magic of rebranding

A number of months ago I found myself wasting my time discussing the topic of diet with a stranger online. My position was that the standard American diet is terrible which is a position that I have put a good amount of voluntary research into as is evidenced by the fact that I have written and published numerous articles (like this one) on this topic here on my website. Unfortunately for people like me who know what they are talking about, when the average person hears someone make this claim they assume that that person is a pseudo-religious supporter of some (often harmful) meme diet. The reason people can make this assumption is because the most popular people on the internet who claim that the standard American diet sucks are meme diet preachers, but I don't think that most real people making the claim are disciples of theirs.

So, if I remember correctly, this all started by me making a comment on some post somewhere where I made the claim that the standard American diet (both as the USDA teaches it, and as people pretend to practice it) is not a healthy diet. Some NPC responded to my comment and put up the strawman that I was supporter of some stupid meme diet and that there was nothing wrong with the scientist recommended diet. I don't remember exactly what I said in response but I somehow informed him that I was not the strawman he thought I was and I then mentioned something about the food pyramid being terrible (because most people understand that the food pyramid sucks). The guy responded to me by saying that the government stopped pushing the food pyramid years ago and claimed that I was dumber than a fourth grader or something like that, in a desperate attempt to earn upcummies.

At this point I stopped talking to the guy because when you are in a debate and your opponent starts spewing insults that is a sign that they recognize that their previous arguments have failed to change your mind and they have no new points present that they believe can accomplish that goal which means that you have either already won the debate, or (as it is in this case) you could very easily win the debate but doing so would be a waste of your time because your opponent doesn't respect you enough to learn from you and continuing the debate is a waste of your time. 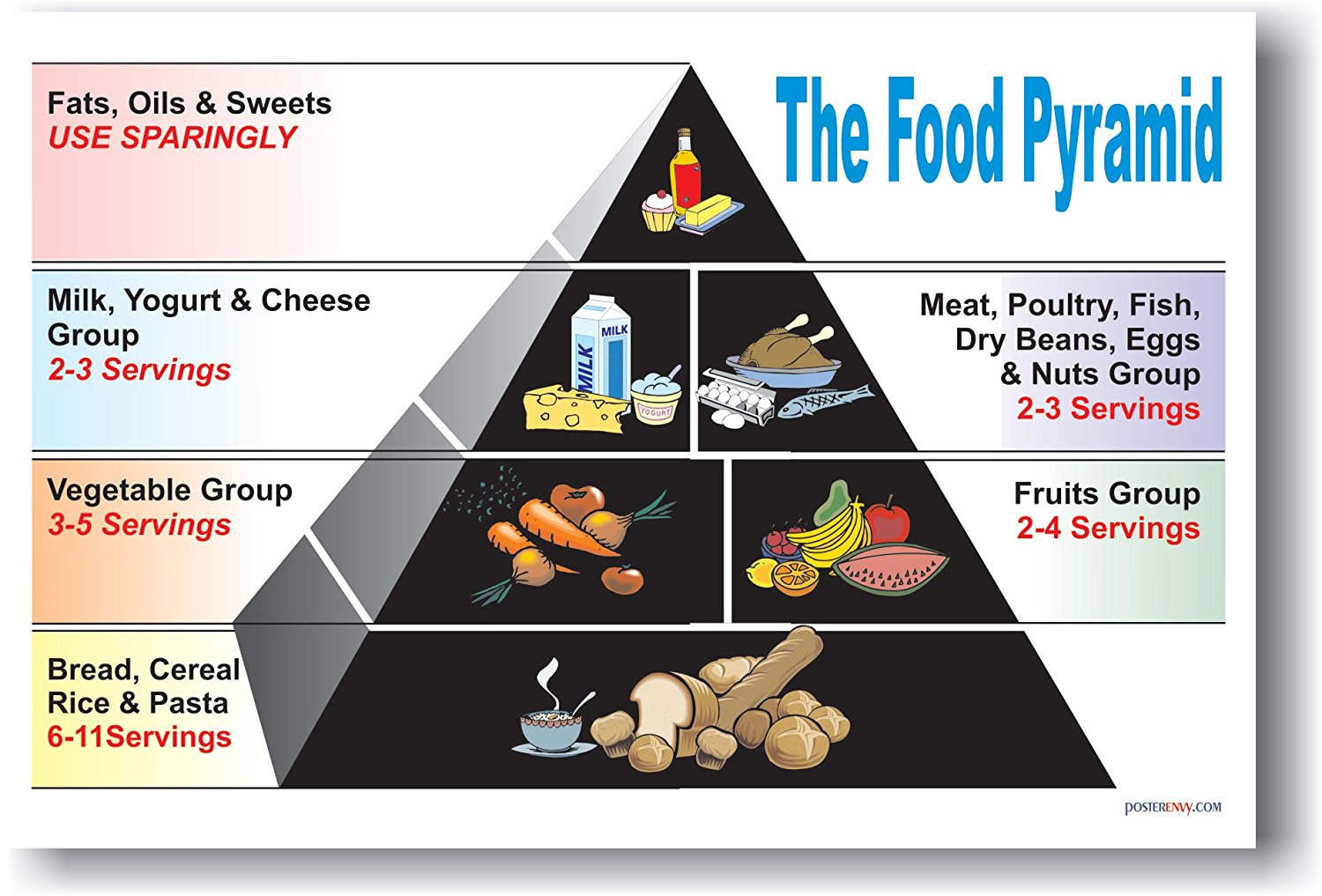 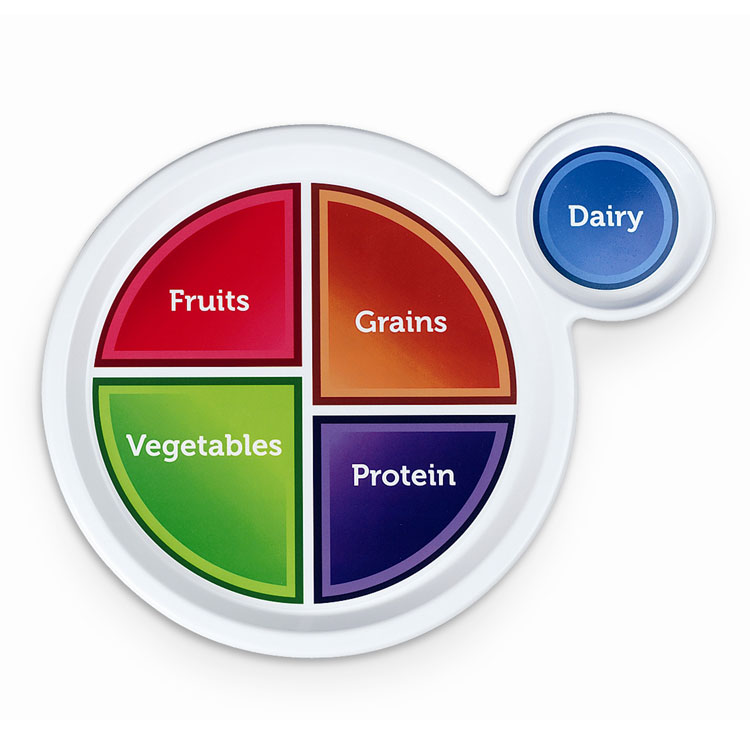 I was in middle school when they came out with the My Plate thing (although I may have been a freshman in high school by the time I learned about it because public school is so great) And I remember when it first was presented to me (or really the only time it was) the question I asked myself was "What's the difference?" So before I go on I invite you to see if you can see a difference (ignoring the top section of the pyramid since that had already been removed by the time My Plate came out).

At the time I didn't have the two graphics laid out side-by-side, but now that I do I can see that there are two major difference. First My Plate put a smaller emphasis on grains, this could be seen as an improvement but if we look into the numbers on the food pyramid we see that it already supported a diet balanced how My Plate was. Then second, and more importantly, My Plate is more visually appealing than the food pyramid, it looks modern and sophisticated and is a great logo. But really there is no actually significant difference between the guidance given by the food pyramid and by My Plate, and this is especially apparent when you break everything down into macronutrients like this guy did: 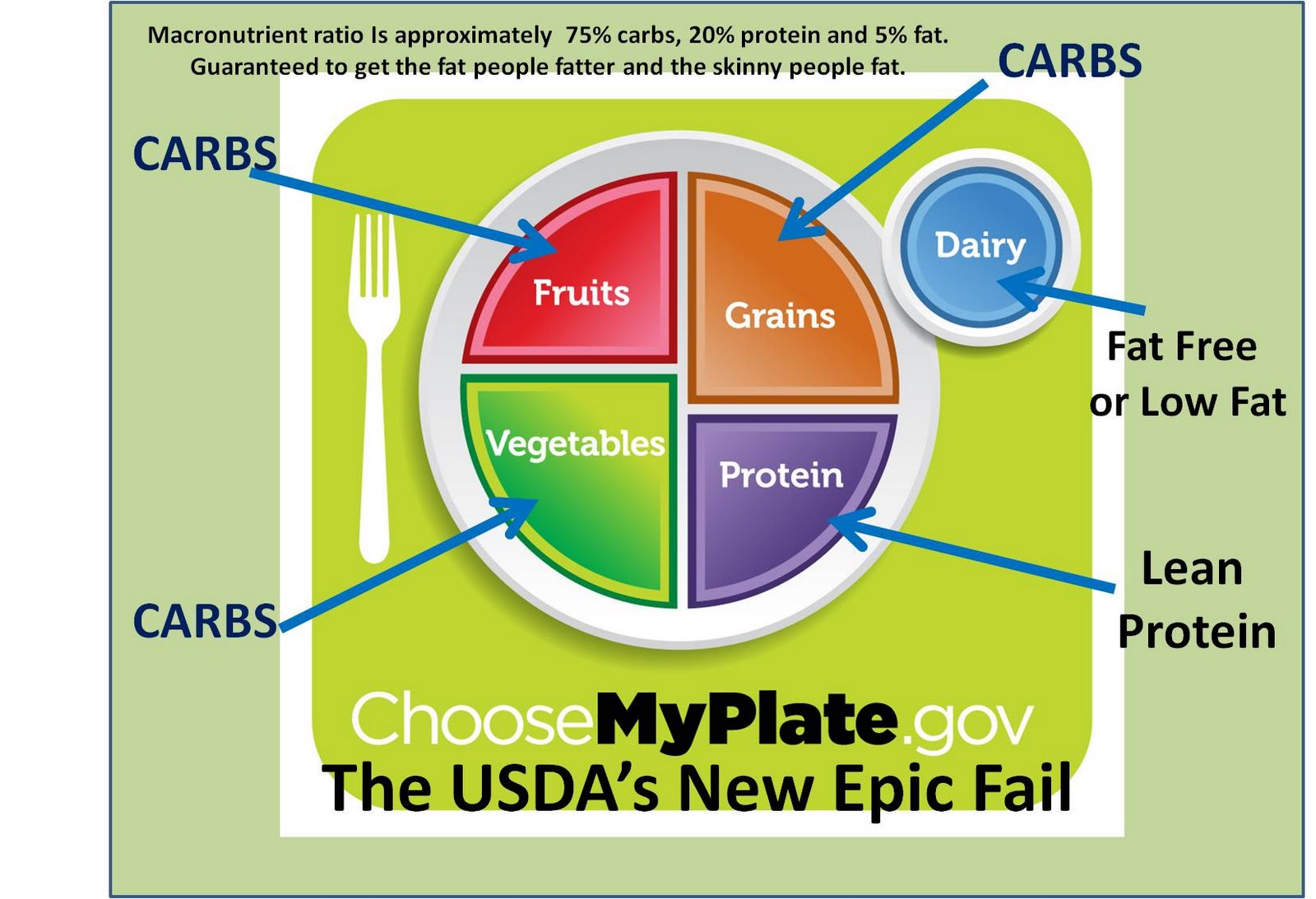 But of course we are not supposed to see that there are no substantial differences between the content of the old food pyramid and My Plate, we are only supposed to see the rebrand, or at least just the fact that they abandoned the food pyramid that so many people had criticized. Even ten years ago the geniuses behind the food pyramid rebrand knew that it didn't matter what the content of a report said, only the headline. And when I say that these people were geniuses I mean it, the food pyramid was taught in schools for almost twenty years, an entire generation of Americans were forced to become familiar with it, and yet by simply changing its shape and directing attention away from the old material they these people were able to convince almost everyone that the same flawed science they'd been teaching for decades was new and revolutionary and almost nobody noticed. I've never seen something like this pulled off nearly as well as the My Plate people did. I bet if you were to ask someone who was taught the food pyramid they'd probably know that it is "gone" now but if you asked them to say what was different about they new thing they probably wouldn't be able to tell you but they would assume that there was something they were missing and they'd be a bit shocked to find out that they've been tricked into thinking that.

Rebranding a product is something that happens all the time and by the time someone reaches adulthood they can see right through it (unless pandering is involved). But rebranding information is something entirely different, most people lack, or are too lazy to practice the critical thinking skills necessary to see through rebranded information, especially when it comes from the right sources. Rebranding (without acknowledging the changes) is a powerful persuasion tool when applied to information, it is one that we should be aware of and one that we should learn to practice ourselves.